And this is a mission tool that every charge can operate. Smile, children, smile ...
Posted by Christine McIntosh at 5:43 PM No comments: Links to this post

It's a while since I first mentioned George James Cosmo Douglas, onetime Dean of the diocese of Argyll and The Isles (left) on this blog. Over five years, in fact. It is forty years and three days since he died, and forty years ago today since his funeral. That makes it exactly forty years since I stopped being a mere musician, falling off my metaphorical and Pauline donkey in the choir stalls of the Cathedral of The Isles, Cumbrae while singing (in English) the Kontakion for the departed and wondering what on earth I should do next. The only person I could have asked about this transformation was lying a couple of feet in front of me in his coffin at the first funeral I'd ever attended - let alone the first funeral of a friend as distinct from an aged rellie.

On Epiphany Sunday this week, the St Maura singers - three of our four the same as on that day in 1973 - travelled to Cumbrae to sing an Epiphany service that was also a memorial. On the altar was a copy of this photograph of The Dean (no-one ever called him anything else) and his missal, bound for some extraordinary reason in a piece of the coronation robe of Tsar Nicholas ll. It was an extraordinary experience - so many layers, so many years, telescoping in the candle-light. I don't know if I would have been surprised to hear the sound of tackety boots on the tiles, to see The Dean in his big overcoat and ancient, oversized dog-collar come purposefully through the door on some errand. Looking at the photo, I can see even now that I would have been almost as terrified as I was then of getting things wrong, or speaking out of turn, or talking nonsense. He never quite addressed me as "Bloody fool" (his description of the hapless Mr B when he put the wrong fuel in the Aga), but even now, I realise, he'd be old in my eyes, and formidable.  Who couldn't be in awe of someone who was eleven when Brahms died, who had served on the Western Front and never talked about it?

The day of his funeral was rather like today - grey, cold, still. We travelled down from Glasgow to Cumbrae, noting the number of clerics on the ferry as we sailed. The four of us rehearsed while the clergy gathered, changed, did what clergy do. We felt bleak. Death and funerals were still strange to us - not least to me, who never darkened the door of a church other than to sing. There was no sense of the epiphany that lay ahead for me. Afterwards, the coffin was driven slowly to the town pier through Millport, the few people on the streets stopping, taking hats off, bowing heads. The sailors carried the coffin onto the MV Keppel and laid it on the deck. The Bishop, Richard Wimbush, stood beside it in his duffle coat, absurdly boyish black hair blowing in the wind. We had lunch in Nardini's to fortify us for Greenock Crematorium - another first, and deeply depressing until the assorted clergy took over. I had no idea what would become of me and the tiny flame that had been kindled. We didn't talk about how we felt, and we didn't talk about the Dean. It was too much that he was gone.

As to his lasting legacy - for it's easy to write someone off as belonging to a past era, someone who had a hand in writing the "Grey Book" liturgy that is now so old hat - well, I'm part of it, I guess. So is my friend Alastair Chisholm, who has done so much to keep the Cathedral alive and bring new people to love the place. Things seemed very straightforward before that requiem mass, forty years ago, and have become steadily more complex since. It's still quite a journey. But I think George our Dean might have been pleased.
Posted by Christine McIntosh at 5:22 PM 3 comments: Links to this post 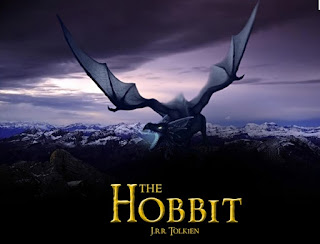 
I'm writing this on Tolkien's birthday, by the way.
Posted by Christine McIntosh at 4:56 PM No comments: Links to this post