A fashion for penitence? 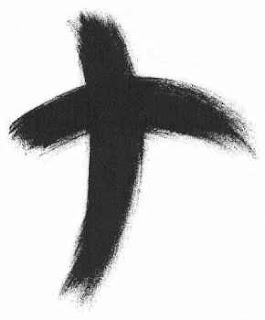 Ash Wednesday. It snowed all morning, and now the rain is washing down the windows - but judging from the whiteness of the roofs opposite my study, it may not be enough to wash away the snow that can make the last bit of the walk - or drive - to church interesting. And as we don't have a car at the moment (it's a bit broken) we may end up walking. I'd call it the first of my Lenten penances, but I'd be less than truthful, for I'd be quite happy to have to walk somewhere on a day when I've not been over the door yet. It seems perverse to do something like that for pleasure in such weather, but for the Imposition of Ashes - well, I could make that sound noble, could I not?

So where am I going with this? To a question: did we always hear so much about "giving up something for Lent"? (It may well be that we just hear more about everything in the Times of Twitter, but that's another kettle of communications). Brought up in a questioning Presbyterian environment, I never even heard about Lent - not at home, not at school. There was one girl who appeared with ash on her head and tales of an exotic church where people dressed up and had wine out of gold cups, but at ten I tended to write her off as a romantic. Having spent my first years in the privation of post-war rationing (I mainly remember the butter ration of a "big week" and a "wee week" and the sweets that had to be hoarded before we went on holiday as we couldn't get them on Arran), I wasn't about to enquire about self-induced abstinence, and my parents never mentioned it.  And then I became a Piskie.

Nothing changed, at first. But a friendship with a clergy family who arrived here - kids the same age as ours, one just starting school - made me aware that other people Did Things Differently. Mainly it was the booze and the chocolate thing, presented as firmly and as unquestioningly as the need to clean one's teeth regularly. It began to seep in to my consciousness. Should I try this?

Now, this is where I ought to lead on to a life spent enjoying increasingly holy Lenten observances and self-denial, but it wasn't quite like that. In fact, it barely registered as more than an annual niggle, like a transient toothache. Not that I didn't give it a go, once. At the time I had returned to teaching and came home ravenous for a quick snack at lunchtime. I got into the habit of finishing off with a Twix (remember them? Not the big double one, but the smaller fun-sized one - no excess here). One Lent, I decided I enjoyed this so much I'd give it up, and eat a banana instead. Six weeks on, I discovered I'd become addicted to bananas instead, and had lost a pound or two. I'd also gone off Twixes. Not much self-denial there, eh?

On another occasion, I was spending a couple of nights at the house of dear friends who gave me these mini-holidays as I recuperated from surgery. Usually we had a drink with dinner, or just before it. Then Lent hit. And there I was, on a Monday evening, really wanting a drink. No, I don't have a problem - I'd just spent a week in hospital with nary a drop - but the more I realised they had no wine, no sherry, the more desperate I became. To cut a long and potentially embarrassing story short, I ended up with an elderly can of Guinness which had lurked in the back of their fridge since the visit of a son at Christmas.  I rarely drink Guinness, but ...

But to retreat from the anecdotal: There are several things that I'm not liking about my current awareness of Lent. People post on their Facebook status that they're about to give up ... whatever ... for Lent; others make sure they tell you why they won't have a glass of wine, thank you (all very proselytising - or is it?); there are jokes by the thousand (the Pope's imminent retirement provides the meat for this year's). Whatever happened to the idea of praying secretly in your closet? The entire Anglican community (I exaggerate) - to say nothing of RCs - seems to erupt in the twitter-era equivalent of sackcloth and ashes. Or people tell you what they're "taking on" instead, with the expectation that you'll match them.

But I won't. Because I don't think I'm asked to do any of these things. So I can tell the world that I have been practising portion control for 7 months and have lost 9 lb as a result - but that was for me, not for God. And besides, I feel smug about it. I've started reading "War and Peace" - but that's because I feel ignorant, and I feel it's something to do before I die (I could die trying...). And success may well make me feel smug. Again. I could give up my one drink a day, or my one chocolate a day - but I don't think that would make any difference to anything at all.

This is our life. We're given it as a gift, given the world and its beauty, given minds, tastes, delights, friends ... I know this. I don't need to turn from any of it to know it better.

Since I began writing this post, I have heard that the car is still poorly and in bits at the garage. So we shall be walking the half-mile up the road in the slush to church. Just remember - it's not a penance. Not for me. I shall enjoy it.
Posted by Christine McIntosh at 4:29 PM