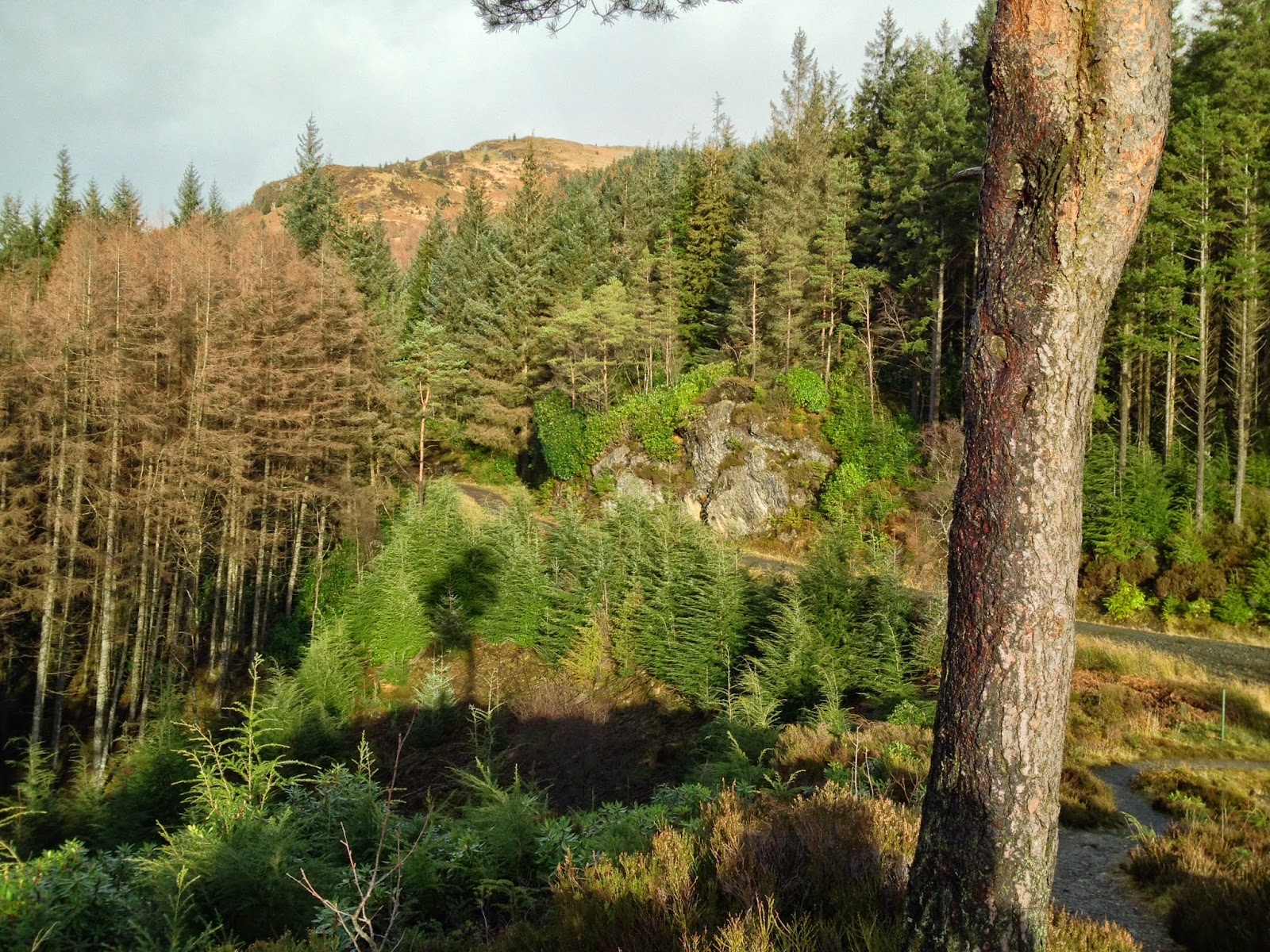 It's a sort of madness, I suppose. This need to be out of doors, preferably away from streets and cars and - if I'm honest - other people. This compulsion to walk fast enough, far enough, or maybe high enough to be tired, to warm up, to feel hungry.

Yesterday was not one in which I could accomplish this - a trip over the water to an appointment in Greenock and a subsequently late lunch meant that daylight had almost gone, and the rain was battering down once more. But today?

Not as promising as you might think. We drove out of Dunoon into a blizzard; the hill where we planned to walk couldn't be seen. But there was a glimmer further west, the merest hint of blue in the sky. I felt all would be well. And it was. Actually, we had one or two fierce snow showers in our faces as we walked, and an arboretum wasn't exactly a sensible place to start in the aftermath of a gale. There were branches and twigs all over the track; four conifers had fallen in a straight line, each one miraculously not hitting any of the trees among which they toppled; one huge eucalyptus was down while another swayed at a crazy angle. We could hear the wind roaring through the tree-tops, and there were alarming creaks all around. There were two daunting moments when we had to duck under half-fallen trees on the track. (One, two, three ... Why? What will that do? ... Make sure we have no survivor guilt.) But then we reached the lookout point, and the sun was out. It was quite sheltered, and the tall deciduous conifers to the left of the picture were swaying in unison as if conducted. My shadow, and that of the lone tree beside me, were clear on the far side of a small gorge - you can tell how far by the tiny figure beside the tree, which is yours truly.

By the time we got home it was 2.30pm. We'd eaten nothing since 9am. I felt legless with hunger. But I felt so much better than I have for days. It's a sort of madness, but it's my madness.
Posted by Christine McIntosh at 7:02 PM