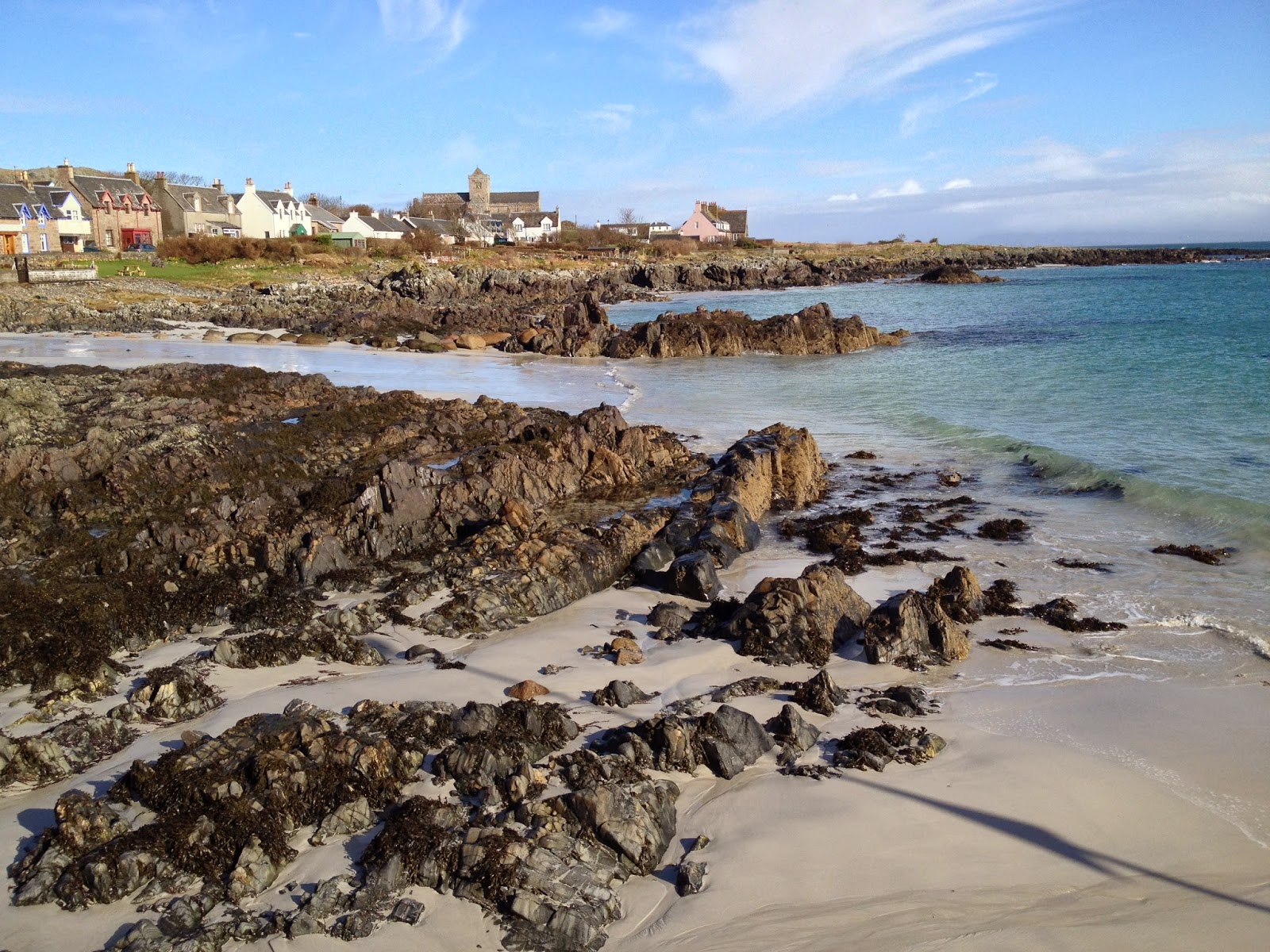 People who follow me on Twitter will have realised from my sparse tweets that I've been away. In fact I've been on a 3-day retreat on Iona, one of the last places in Scotland where you find 3G phone connection, with such a sporadic signal to my Vodafone iPhone that all I could manage was the odd text message and wait for the signal to show before I hit 'send'. I think I could have managed the odd peek at Facebook, except that Facebook chose that week to demand my password, which of course I'd forgotten. So, quite unintentionally, it turned out to be a far more complete retreat for me than for any of my companions - and I found out how it's actually communication via my computer that keeps me up at night. For the first time in ages I was averaging a full 8 hours' sleep and still wakening before the alarm went at 7am.

I haven't been on a proper retreat for ages. Even my own Cursillo weekend - the last time I went off on a holy break and had people look after me - was over 13 years ago. Every other similar time away has involved me in some kind of work, usually providing some kind of service for others. My last silent retreat was in the '80s, I think - unless you count the one on Cumbrae where a certain blogger and I found silence in the same room challenging (it had to do with the ticking of the clock ...) So when the diocese offered some of us who had done facilitation work over the past few years a reward in the shape of a retreat in one of the diocesan retreat houses, I took it up, along with two others and a wonderful retreat leader.

I don't intend to go into the details, though I shall publish the writing that came out of the sudden focussing of my brain (it was a tad surprised by the opportunity, I think). But looking back, I notice how hard it was at first to switch off and then how much harder to switch back on again on our return. Both experiences were strangely exhausting in their own way. I realise that the first evening, when I was beside myself with the effects of a day that had begun at 5.30am in Dunoon, landed us on Iona in time to attend an unexpected concert in the Abbey at 1pm and had me scrambling up a dun before we even began our retreat, I was actually lulled into relaxation by staying up to talk for an hour after I'd started heading for my room. It all depends on the talk, and the surroundings (in this case, the gallery of Bishop's House chapel, which is used as a quiet room but is also the upstairs route from one end of the house to the other).

This was not a silent retreat. We had silences, but we also had intense discussion and some hilarious mealtimes. We walked, in sun and in gale-driven rain, and we ate scones in the middle of the afternoon (I don't do afternoon tea). We were well fed, our dietary peccadilloes well cared for. We met another guest who arrived for dinner on our second day; it turned out he knew my #1 son from university days. (We'd just been talking about degrees of separation ...) I was allowed to sing - the Lent Prose and other joys - in the chapel. I slept like a log even when the slates on the roof round my little room were rattling in the gale that would prevent us getting off the island on our planned ferry.

On our departure morning, we sat in the new residents' sitting room and waited to hear if the ferries would go on later. We watched as it crept out from its mooring on Mull and headed for Fionnphort. By the time it was making for Iona, we were halfway down the road, our cases preceding us on the back of a tractor-drawn trailer. We had to dash through the sea onto the ferry ramp, and were fairly hurled into the cabin by a random lurch of the boat. The crossing took twice as long as usual, as we made a deep V-shaped course into and with the waves. We were not sick.

The three of us who were there learned, I think, something about ourselves and something about each other - even though we've known one another for years. It was a wonderful experience.

And we saw two corn crakes scuttling under the hedge beside Bishop's House. Joy!
Posted by Christine McIntosh at 6:43 PM