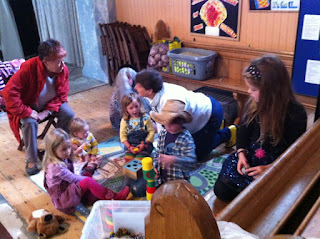 For make no mistake: this is giving, self-giving with a vengeance.  And I thank God for it.
Posted by Christine McIntosh at 1:21 PM No comments: 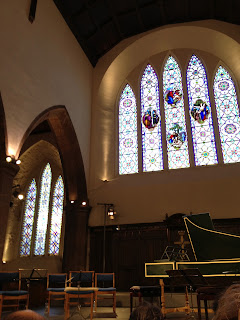 It had been worth the effort - even if we did have to wait 45 minutes for the last ferry.
Posted by Christine McIntosh at 5:37 PM No comments: 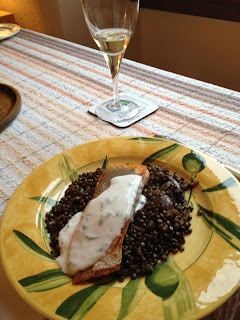 I wonder how many who are reading this saw the fascinating programme about fasting and ageing on the telly? I recorded it - presumably during the Olympics - and got round to watching it last night. Beginning with the aged (as in 101 years old) Sikh gentleman who completed the London marathon, who ate only child-sized portions of food and was very thin,  we were gradually convinced that it we were to cut out food altogether for 80 hours or so, or perhaps have two days a week with only one 500 calorie meal in each day - eating what we liked the rest of the week - we would lose weight, lower cholesterol, lower blood sugar: in short, we would become physically younger and fitter and less likely to fall ill.

Of course we know we in the West eat far too much. Apparently our bodies were built to expect lean times - perhaps we weren't fast enough to catch up with dinner for a couple of days - and malfunction if these days of forced fasting don't happen.  I was so convinced I was tempted to try the 500 calorie days idea - until I went through a day with it in mind.

Today I swam half a mile before breakfast, which I then felt hungry for and consequently enjoyed enormously. I worked with my brain through a three-hour meeting, ate some brown bread straight out of the machine along with 4 dates and a banana, then pounded up a steep forestry track for half an hour and down again, hurrying because I wanted to be at church in time. And then I cooked the above delicious dinner (salmon, spiced lentils, mint yogurt dressing, salad, glass of white wine) and wondered how I'd do this fasting caper.

I guess one has to find out if intense physical activity is possible while fasting, and to plan what mealtime you'd choose for your one meal of the day. I suspect mine would be the evening meal, simply because of the social conditioning that makes it a ritual pleasure.

How about you? Anyone?
Posted by Christine McIntosh at 12:02 AM 3 comments:

Of broom pods, technology, and speed 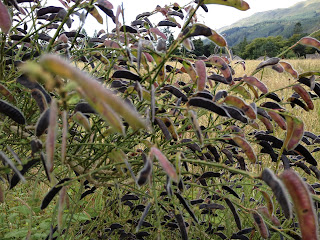 After a week of glorious sunshine and pleasing photos, why do I post this pic of black broom pods? Ok - it's because it suits my mood at the moment. The bush in question is in Ardentinny, on one of my favourite paths through the fields by the shore, leading to the beach. Today, there was a notice warning that the brambles (not yet ripe) should not be picked because chemical spraying was in progress. The path was lined with the dead remains of plants that had, admittedly, been encroaching on the narrow track, but surely they could have used a strimmer? It looked so miserable ...

And then we passed the sign that says "No Camping. No fires." We came to the beach. I expected people - it's Saturday, and the weather all week has been glorious. But there were tents - at least half a dozen of them - and at least two fires, and noisy groups already getting wellied into the sauce. A north-east wind was blowing, the clouds were hanging on the hills just thickly enough to dim the sunshine that I knew was shining hotly in my own garden. It was depressing and horrid and we came straight home again. Black broom pods ruled.

And then one of these delightful technology moments came just in time to lift my mood. I had a video chat with Jurij, a musician in St Petersburg - someone I've known for ten years or so, but have never Skyped until today. The ability to see someone while you talk to them makes communication so much more effective than either emails or voice chat - if you can speak a bit of a foreign language, ask yourself how well you write it - and we were able to clear up some difficulties in arranging a concert in Dunoon (Jurij directs Voskresenije, the vocal ensemble who will soon be back touring the UK) with great good humour.

That, and Mo Farah's Olympic triumph, banished the black pod mood. On the other hand, the two events meant that a blog post begun 5 hours ago is now being finished at midnight. And I'm aware it's a tad scrappy. But at least I'm not mad any more. Let not the sun go down on your black pod moments ...
Posted by Christine McIntosh at 12:11 AM No comments: