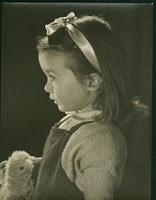 And it will be Christmas.
Posted by Christine McIntosh at 5:13 PM 2 comments:

Three snacks and out

I found myself, in a procrastinating moment, leafing through a leaflet from the Co-op, a Christmas leaflet promising all manner of festive treats that could readily be bought or whipped up using a range of Co-op products. I was lured to check out the helpful little labels at the foot of each recipe - you know, the ones with the 'traffic-light' system of grading content of fat, salt, sugar etc.

I suppose I was thinking of the disturbing news the other day that doctors no longer know what the average healthy weight of an 8-year old is because almost all children in Scotland are overweight or obese. It seems that the adult population is also heading for the buffers fully laden, as it were, and the NHS is doomed as a result. (Ok - I was sweeping a floor at the time and may have condensed this slightly, but you get my drift.)

One caller on the dreaded Call Kaye programme suggested labelling every instant meal with an example of the kind of exercise that would burn off the calories contained therein. I thought this a marvellous idea - it was the realisation that to rid myself of the calories of an average pizza I would have to climb a Munroe carrying a pack that had me decide that life was too short to eat pizza and would probably be shorter if I did.

Back to the leaflet. On average, the calories contained in the average helping of the snacks whose recipes looked so tempting - and these are one- or two-bite nibbles we're talking here - the average content was between 400 and 500 calories. Thats's appalling. The main culprits seemed to lie in the use of cream and butter, even on apparently healthful things like sprouts. Three of these snacks would constitute the recommended calorific average for someone of my age, build and height for a whole day unless I took some exercise.

That's it, really. I'll probably eat a few such items over the gluttony season, leave my body to complain afterwards of the abuse, but not without thinking about it. I'm not miserable about that at all - any more than I am about cutting out, say, oysters from my diet (they have dire consequences for me). And I am reminded of something my father said when I was a skinny teen going to the cinema regularly and eating a bag of peanuts in the darkness. "That's enough to feed a starving family for a day."

He was ahead of his time, I think.
Posted by Christine McIntosh at 12:46 PM 1 comment:

I was at a funeral yesterday, not as a mourner but as a provider of music, one of a quartet singing the Kontakion for the Departed at the end of a service in the Cathedral of The Isles on Cumbrae. This was significant for me personally in one important feature: it was doing exactly that at my very first funeral in that same cathedral 42 years ago that convinced me of all that I now believe in, as a consequence of which I was confirmed 9 months later and as a further consequence of which I came to live in Dunoon. There were differences, of course - that first funeral was of a friend, it was a requiem mass, the coffin was between the choir stalls and therefore right on front of me.

So I'd actually have gone a long way to sing this music again in that place and with these same musicians. But another truth dawned on me yesterday as I sang, and after the plainsong Nunc Dimittis with which we finished. It was a truth about music - that kind of music, timeless and beautiful and still. For after all the words, the telling to God of the deceased's character (thou knowest, Lord, the secret of our hearts ... ) and the hymns that were deemed suitable, this was the moment when it seemed to me that the otherness of death came close, that the life of the world was dimmed and the life of heaven opened, and the possibilities of eternity were real and endless.

And weeping o'er the grave, we make our song: Alleluia, alleluia.

I would like to think that this music will be present for my end.
Posted by Christine McIntosh at 6:55 PM No comments: