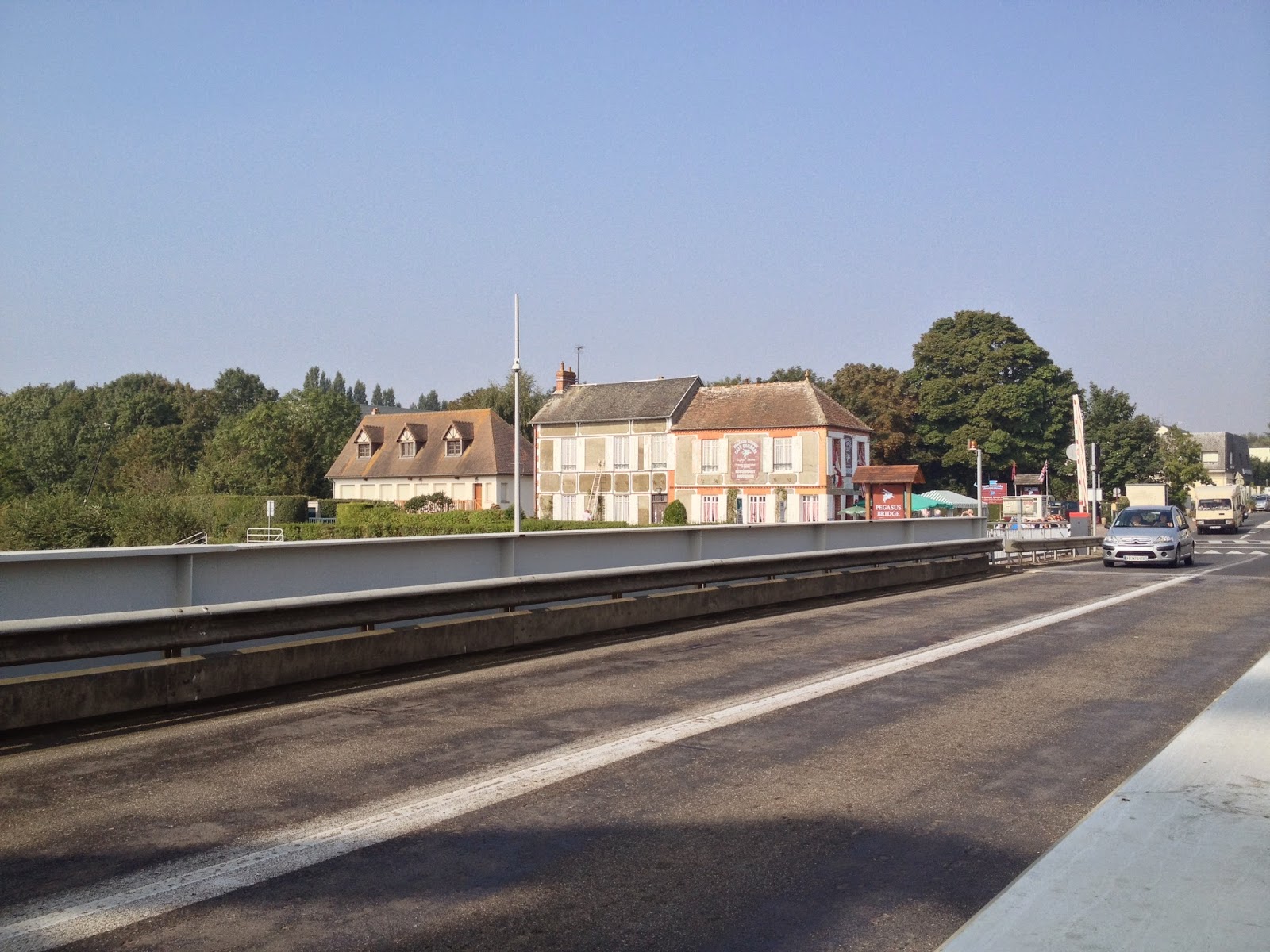 Our day continued with a visit to Merville Battery (where we had the experience of being in a gun turret during the invasion) and ended in Caen, where some of us had an adventure with a sparrow hawk, a terrified pigeon (in our bedroom, natch), and another pigeon devoured before our eyes in the garden of the Kyriad Hotel. We took our tea nonetheless, an upturned rubbish bin serving as a coffee table. We were seasoned campaigners, and were not about to let a bit of random slaughter get between us and our refreshment.
Posted by Christine McIntosh at 1:07 PM