Another week, another rush of birthday memories. My second son was born on a bleak February day 37 years ago, exactly 4 years and one week after his brother. Writing that, it seems absurd that it was only four years, for in that time my life had changed so completely. For one thing, it seemed as if I had completed the transition from my Glasgow childhood - including university, work and marriage - to the adult life I've lived ever since. Not only that: I'd moved from the odd transience of our initial 18 months after moving to Dunoon with our 5 week old first child, 18 months when the fact that we were living in a council house used by the education department held out the promise of a possible return to the city - I'd moved from that to the house I still live in, overlooking the Firth, as solid a house as I'd lived in as a child. I'd made new friends, at least one of whom had already moved away to another life; I'd joined the church choir, become a vestry member. It was as if no-one had actually realised that I was a novice mum, a novice church member, a novice adult. From this perspective, 37 years on, I feel that four years are but a blink, but then they were a life-changing lifetime.

Having a baby in Dunoon - and are babies still born here, I wonder? - was very different from my 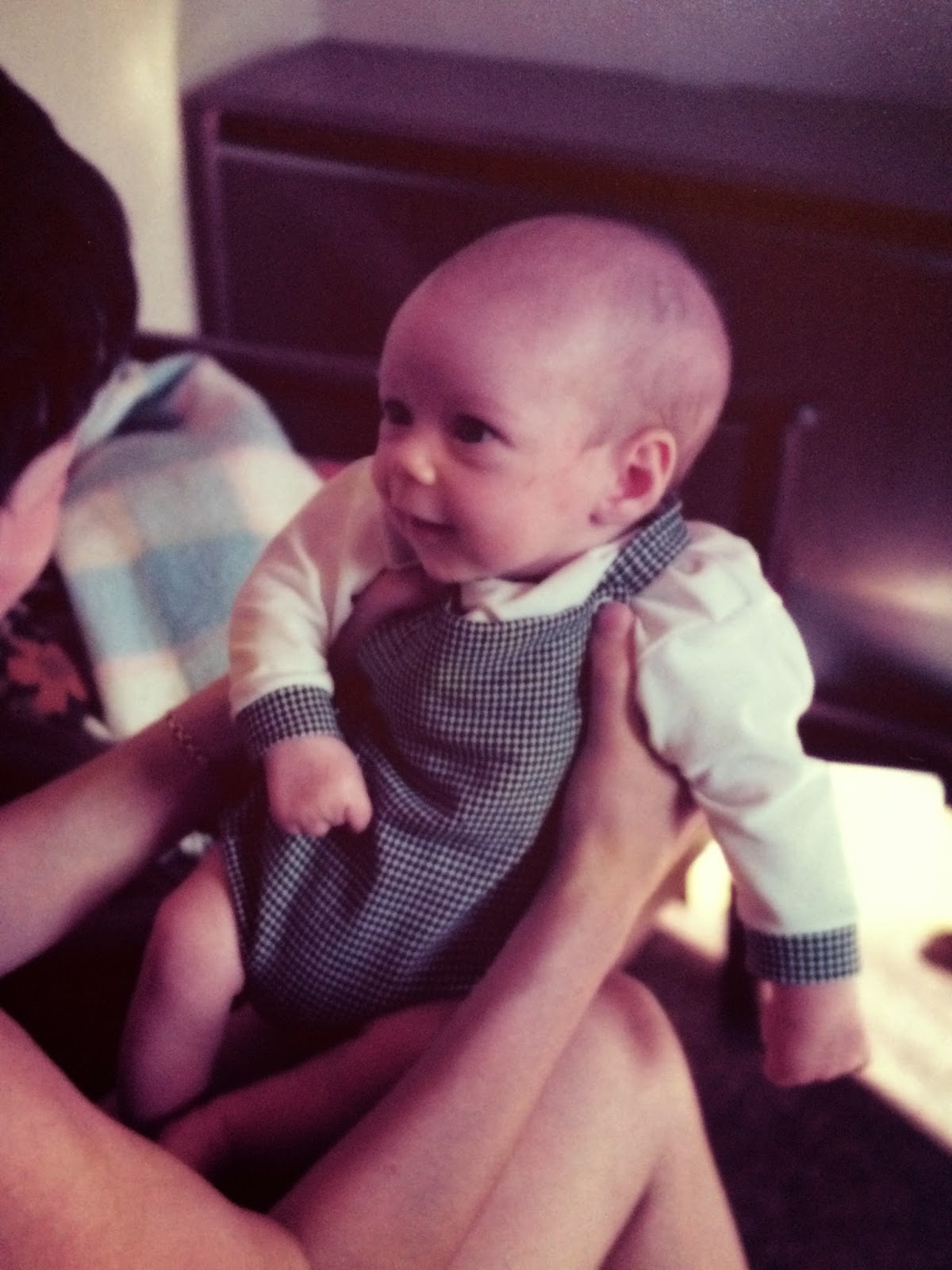 Glasgow experience. No due-date induction here; this was a GP maternity unit and you waited "until baby is ready". In my case, that meant waiting almost a fortnight past the due date that I at least had calculated with some accuracy: a fortnight of dragging my poor mother for walks up the Bishop's Glen in the hopes of getting something started, of complaining of the heat in our draughty sitting room of an evening when others were huddling round the fire. When I eventually reached the stage of thinking something was happening, it was the middle of the night; I phoned the hospital and was told to go back to sleep and come in after breakfast. Talk about anti-climax.

The morning was grey; there was light snow falling. I waddled carefully up the path to the car, waving goodbye to #1 son and grandma. I was admitted, the only patient on the maternity ward. And then it all stopped again. Another woman came in, I remember, clearly pregnant but convinced she just had a stomach upset. By teatime, she had a baby - she'd mixed up her dates. I was still unmoved. My GP arrived, told me he'd leave it to his colleague the next day if nothing happened before then. Nothing did. And so, two weeks later than I'd anticipated, I was induced after all.

But it was still very different. I was brought my lunch, and ate it between contractions. "You'll need all your strength", the nurse said. My husband arrived, suffering from flu and looking worse than I felt. Four hours later, #2 son was born, delivered by one of my lovely GPs in a pink shirt and a plastic apron. "You've got another great big boy here, Mrs McIntosh," he told me. We were left - husband, baby and I - in the delivery room, to get acquainted. We wondered at the red eyes of this large baby - the effort of birth had affected us both. He looked solemnly at us. Later, over a cup of tea, he was returned to me, clean and sleeping. "He's got all his bits," I was reassured. There was no-one else in the small ward - the other mother was next door.

In that half hour or so, while the nurses went for their tea (I presume) and the early evening darkened outside, I knew I was happy. This doesn't often happen - frequently we look back and recognise happiness after it's over. But I was suffused with a happiness that I knew and owned, and I've never forgotten it.

One sad memory from the week that followed: I could never bear saying goodbye to 4 year old #1 son at the end of afternoon visiting. He used to cry, and when he'd left, I cried too, in that bleak time in hospitals between visiting and teatime - and see how that is the same time when I was so happy on this date? And so began the juggling that is the lot of anyone with more than one child ...

So, #2 son, if you read this from wherever in the world your extraordinary job takes you, this shows once more how much more memorable your children's birthdays are than your own. Of course, you and your brother already know this - and you in your turn will still be remembering, God willing, in 2055.

How, I wonder, will you choose to record the memories then?
Posted by Christine McIntosh at 3:39 PM