Of straight talking and overturning tables 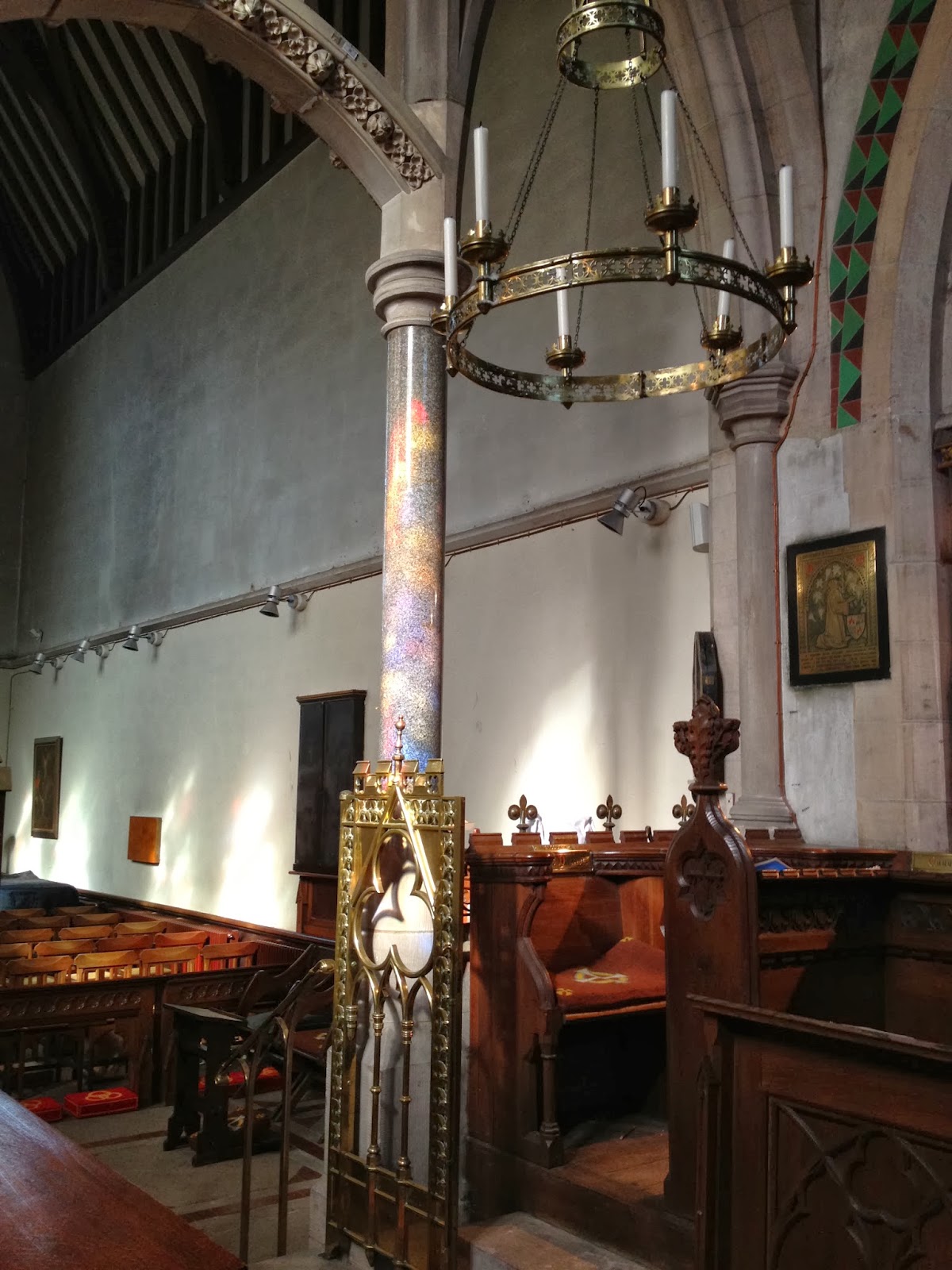 Over the past 40-odd years I've found myself back in the position in the choir stalls of Cathedral of The Isles which gives this view - the sunlight from the stained glass colouring the marble of the pillar, the corona of candles that we weren't allowed to light when I was young lest wax fall on the floor. That has changed - we seem to cope with the wax these days - but nothing else does, and it's a peaceful vision for me to sustain the mind's eye as I write. I am not, you understand, in Cumbrae right now, and if I were I would not be able to sing a note, suffering as I am from a cold that has more or less silenced me ...

Perhaps that's why I'm blogging again - the frustration of not being able to speak, the space to read what people are writing and to reflect for myself. And I've been thinking some more about this absurd position I find myself in, belonging all these years to a church which is now, I believe, shutting itself off from the message of the gospels as firmly as it is shutting itself off from society. Yes, I'm thinking about the Equal Marriage situation, but I'm not going to go on about it right now.

What bothers me is that my years in the church have brought me into contact with so many people whom I like and feel concern for. My choice - made in this very spot I've pictured - to go along with the sudden conviction that what I'd been singing about and hearing about had meaning for me, a choice that led to confirmation and all the tortuous journey that has followed since, now lands me in a place where I can't just let it go, let people think it's ok to set up talking shops and to procrastinate and hope that the problem might dangle quietly till it's no longer their responsibility, let my period of involvement in the wider church end without doing my best to make a difference. And that's probably going to land me in a jaggy place, where either I will offend people I would prefer to have with me, or I will be deeply pissed off by their being patronising or dismissive.

When I was in my 30s, I felt very new and very inexperienced in the governing bodies of the church. (I'm talking the Scottish Episcopal Church, for any new reader who stumbles on this). I listened to elegant cassock-clad figures (one with Dundrearies adorning his aquiline features) and wondered at the enthusiasm for rewriting canons just so. The man sitting next to me took snuff periodically, and I felt I was living in a dream. Sometimes, it struck me that these men who were running the show were less than kind to one another, and I wondered about that. They did it so ... subtly. I found it illuminating, but I had little to say for myself. Half a lifetime later, I know most of the people who tell us what's what. I have opinions of my own. And sometimes I want to speak plainly. I want to use the language I would use in my professional life, I want there to be no doubt and no obfuscation. Only thing is, people often find that difficult. Aggressive, even. Not ... nice.

I spent some time every year of my teaching career on that word "nice", so I'm using it here with a heavy dose of irony, using it in the way I taught generations of pupils not to use it, using it to point out what I think is wrong with the church right now. Think of the things that are not "nice" in church circles and you'll see what I mean. And then think of what "being nice" entails in the way of not saying exactly what you mean, of hiding behind words and platitudes and pious expressions of brotherhood, of not upsetting people.

And then remember that it probably wasn't "nice" to have your table overturned and your money scattered over the ground - and wonder what has become of the church that follows the man who overturned the tables. Society has got there before us, I fear.
Posted by Christine McIntosh at 5:27 PM